Katherine Alton Houses of the Broken and Other Stories 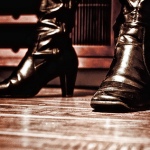 In Houses of the Broken, Lacey reflects “There’s nothing more pathetic than being dumped by a loser… ”

But, many of you won’t know if that’s true or not.

After nearly 18 months, my ‘indie publishing’ experience has come to an end. I can’t say I’m thrilled, but the thing about taking a leap of faith is; sometimes you fall. Does it hurt my pride? Sure. Do I feel stupid for trying? Absolutely. Did it send me in to a debilitating pit of despair over the past 6 months? Most definitely.

Will it stop me? No.

I’ve thought long and hard about what I wanted to say, but I won’t say most of it. I don’t want to break the internet. (I have a vivid imagination and the vocabulary of a well educated sailor.) But I feel it can best be summarized the classic parent trap: I’m not mad, I’m just disappointed.

I gambled and I lost. It happens, just spend an afternoon browsing Writer Beware. What will I do now? Rally. It might take longer than I like, the Valley of Darkness is long and wide, but eventually it will sink on the horizon behind me. And there it will remain, a wasteland of forgotten times.

I’ve come eye to eye with the worst than can happen. From now on, there is no fear, just some healthy motivation based on spite.

When the Levee Breaks

When I grow up, and I mean when I have more control over my own destiny and find myself on the other side of the management desk, I intend to turn things around. Tell your friends what we’re like. Tell our competition what we do. If you don’t like something, say it. Don’t leave it a carefully guarded mystery, festering in a cave of fearful doubt.

Too many strings make for a heavy burden when you have to keep nearly every aspect of your daily involvements short, sweet and anonymous. No one wants to get bad press, but the more iron clad the agreement, the more you should keep a wary eye to the big, flashy smiles behind them.

The best way to keep people happy is to keep your promises. Setbacks are reasonable, if not expected. Deception, well, don’t expect that to succeed for long. Ignoring problems also doesn’t tend to make them go away, unless your goal is to alienate and irritate people in to leaving. And those people, aren’t going to recommend you later down the line, even if they are subject to a gag order.

What a nightmare. You know about her, right? What… or rather who… she did to get that job? Then what she did to the other guy, throwing him under the bus like that?

Yes, I’ve heard it. From everyone. Twice. Because everyone likes to spin the yarn about the maneater – the one that got one over on them or their buddy. They tear her down over their highballs, in their clubs and run down bars tucked behind their conference centers, but it’s not because of superiority, it’s because they’re scared.

There are two options. Doormat or bitch. What’s a girl to do?

Is it true? The reputation she’s earned, the larger than life profile that leaves seasoned businessmen quaking in their khakis?

I don’t know… the bitch won’t return my calls.